Here we go again with Anime Festival Asia 2014! This year’s AFA was also held at Jakarta Convention Center. Held on the 15-17th of August, the same day with Indonesia Independence Day!

Due the massive amount of works I’m currently doing recently, I only able to enjoy afa only on the saturday night, I came on Sunday night but only to pick up my kanojo.

even though it’s only for a short time, it was fun because I could meet with my friends. 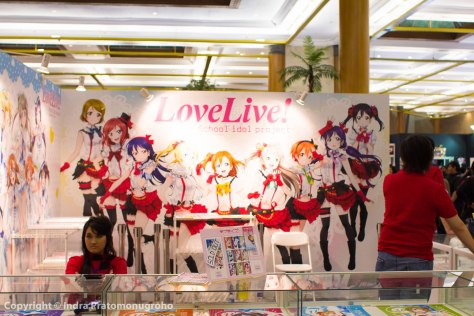 but that day at afa, people had one more “idol” 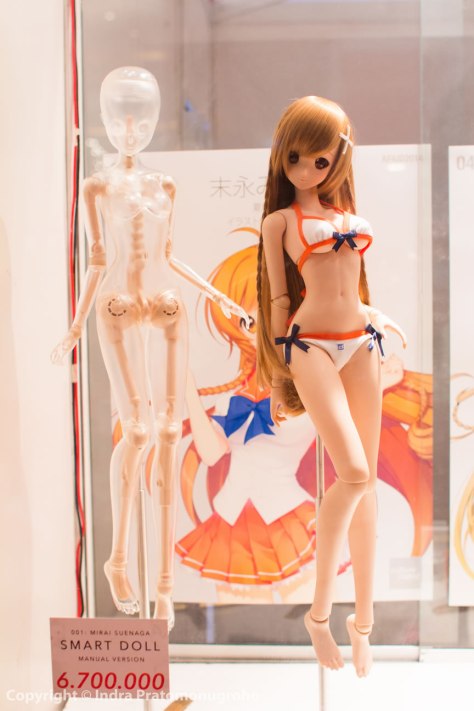 yes, the almighty 6,7 million rupiah smart doll mirai suenaga…. which was sold out on the first day

lol, me personally doesn’t have a taste for dolls, but it is always intriguing to see how 2D anime girl can affect human ^^ 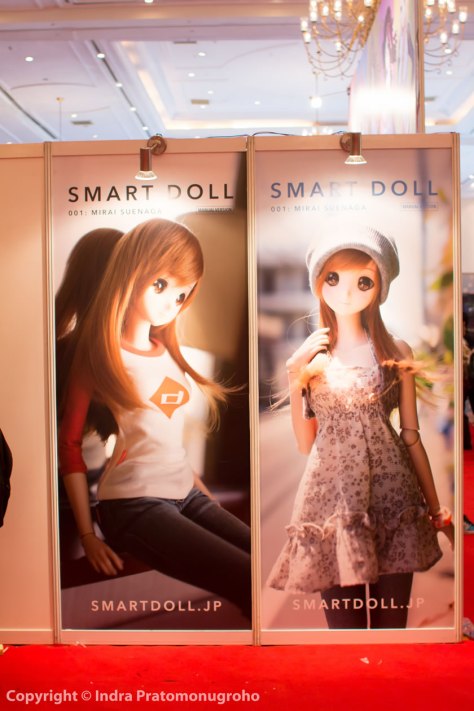 well it really is pretty.. no doubt about that.

then the AFA cafe. Met Jim and He said the cafe was running good and smooth. Yutakis was there and he drives women crazy with that handsomeness of him (or should i say prettiness?)

the one thing i knew about Yutaki is that he has that feminine side of him…. no, not like I personally experience it, I just saw him from outside the cafe. lol.

Re-on booth! as usual, Edelyn was the official cosplayer of Re-on, and this time there was also Shinta and Laks

I also got Re-on official photobook on the day before afa,

ah yes, for those who haven’t got the RISE photobook and want to have it, you can directly order this book from Franzeska Edelyn’s Page

Then i watched SAGA at sony mini stage with my friends, SAGA was damn cool!

maybe everyone already knew that SAGA is a multinational group, the girl is Korean, the guy in the middle is Japanese, and the guy in the right is Chinese. All of them speak English so they can communicate well with their fans.

And then the ULTIMATE ZEONG!

ah look at those puny unicorn and banshee… meh, zeong will destroy your asses!!!!

lol, the zeong was sold at 5 million rupiah.

and there is this organic shaped gundam

that’s not really like a shape of a gundam, but once again, I like Turn A, so I can handle a little abnormalities in gundam shape 🙂

and then there’s these ultra cool one piece figures

in the end I didn’t buy anything, sigh… compare that to our reon mascot who put her freebies she got from AFA on her Instagram: 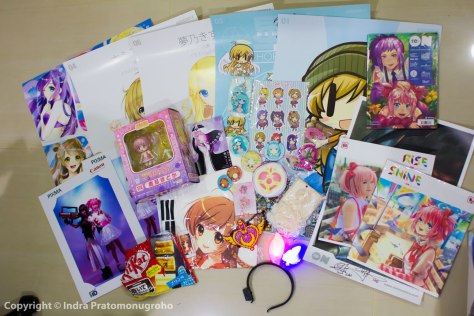 but I got these loots given to me, which is nice

hahaha, I don’t know what happened to you dear canon photographers, but that photo is so purple. I edited it a bit here so it won’t turn like purple Reon.. hahahaha

Anyway AFA was fun even I only enjoyed it a little.

where am i? stuck doing my paperwork for my study with my group

that’s my group leader, not me.