Yesterday I went to Danny Choo’s CJ night at Jakarta Design Center. After every AFA each year, there will be a small event held by Danny Choo on the next day called Culture Night Japan.

In CJ night you can talk to Mr. Danny, basically it’s a meet and greet session.

There is also a moekana tournament, where participant will be given random kana cards and try to make Japanese words out of them, and the player with the least unused card wins.

My friend is one of the participant here, but he lose on the 2nd round.

This time, Franzeska edelyn cosplayed as Maid mirai! how adorable~

and as a normal person, of course i would take a photo together with her :3 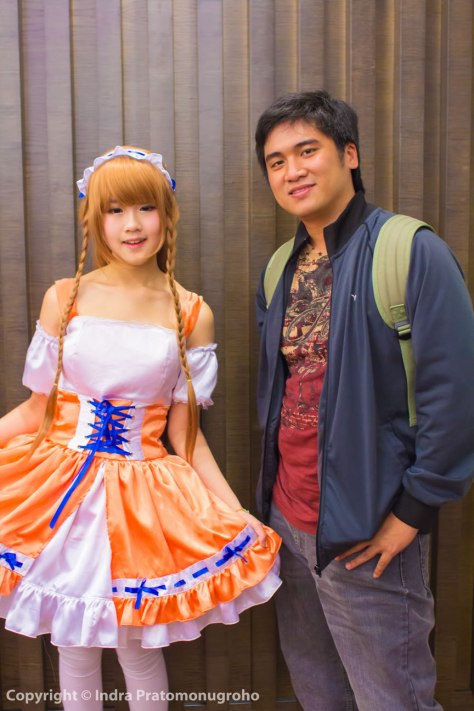 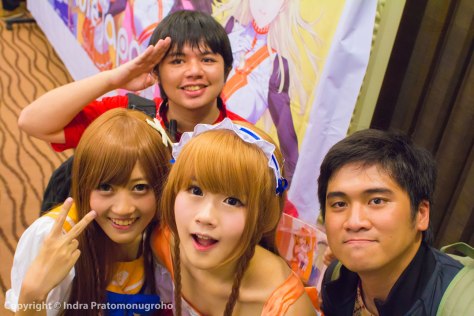 with franzeska edelyn, Angelina from APC, and arip

Those who are lucky enough can take photo together with Danny choo. but I queued in the end of the line so I ran out of time. the venue was closed at 9PM sharp. 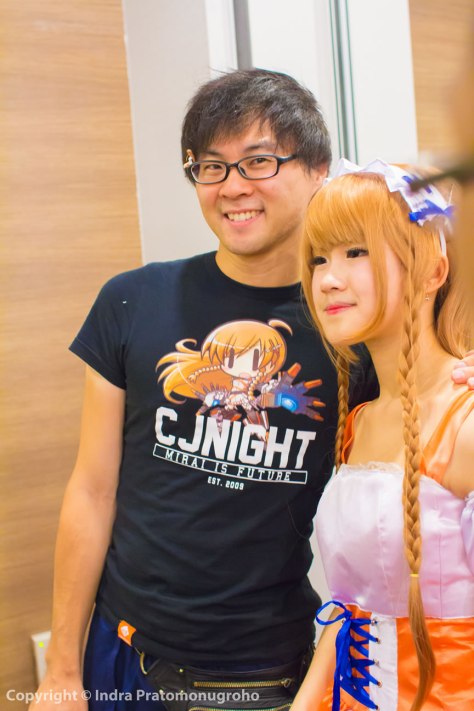 in the middle are Angelina Hirawan, Suu kirisaki and Franzeska Edelyn. I don’t know the other 😐 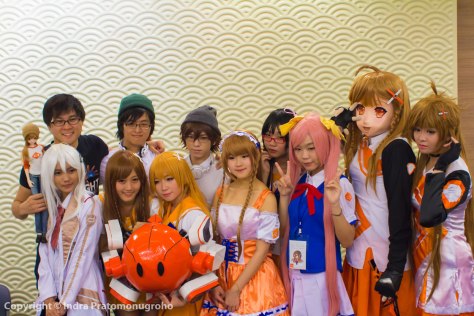 Anyway, it was a fun event, I was tired as hell, but meeting with old friends and colleagues was worth the pain~