Last Saturday, me went to an event called “Bijac no Tanjoiwai” which is literally translated as “Binus international Japan culture club’s anniversary” *correct me if i’m wrong*

so Binus is like one of the most famous university here, so mainstream and famous about it’s IT and DOTA maniac students. lol.

so in a university like this, there must be a lot of otaku, right? so this is their otaku club’s annual event.

As i arrived at the venue, i noticed that the only things indoor were the stage, and the game tournament. the rest of the booths were outside, my friends also opened their booth: 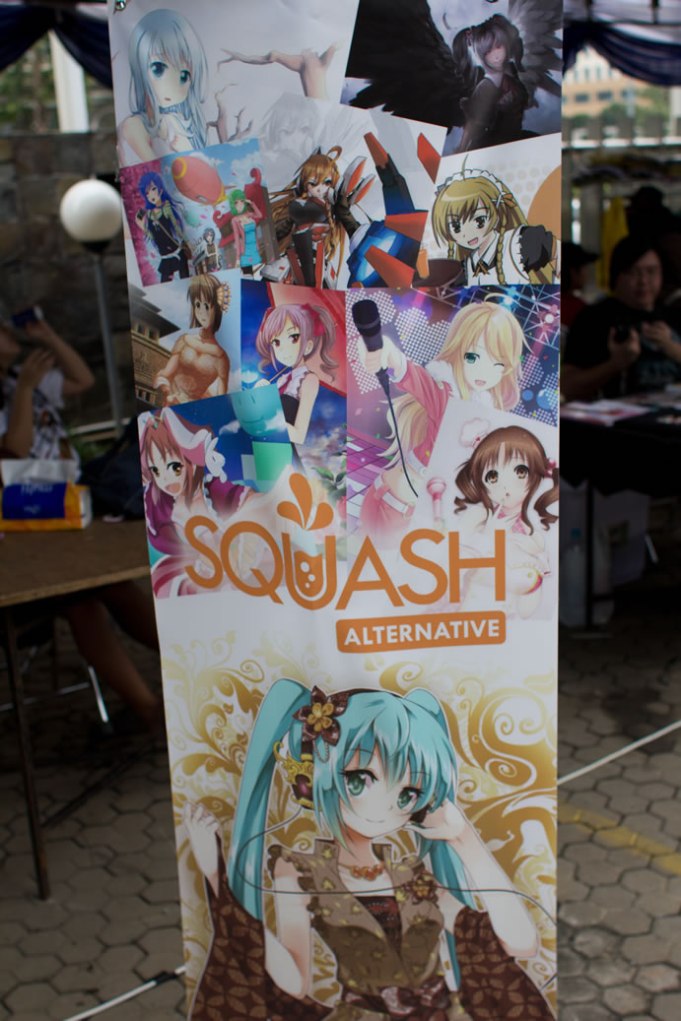 they were selling their fanart goods, like pins and posters: 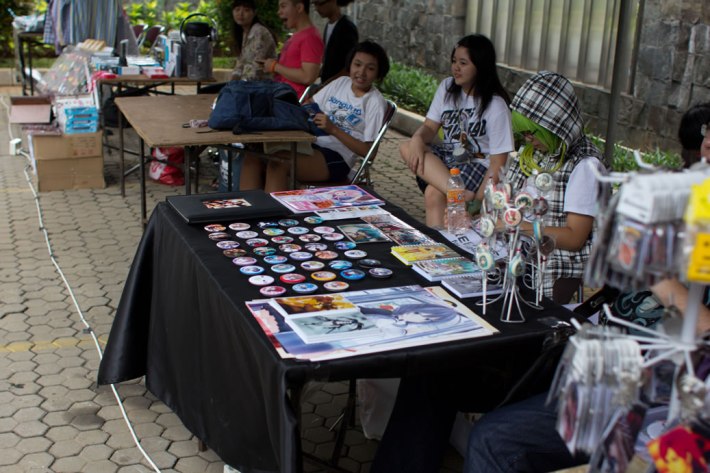 i was there to watch Samurai blue performance at night, and was lucky enough to be able to take some photos: 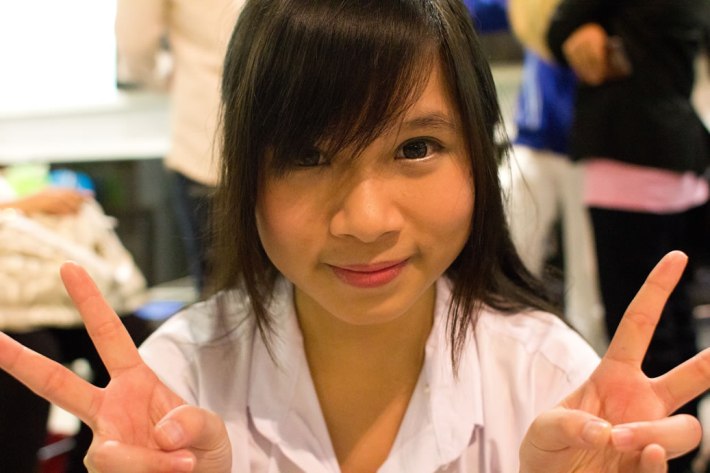 Anyway their performance was good~ i saw some wota were doing wotagei on the 2nd floor. lol