Today is the opening day of Jak-Japan Matsuri, an annual event by Japan Foundation in Indonesia to tighten the two nation’s relationship by exchanging and showcase culture from each country.

so after I arrived at the event site, i asked the security guy and he told me that the event is on the 4th floor. so i got on the elevator right away only to see packs of JKT48 zombies in front of the elevator on the fourth floor.

yes, the event is very crowded, full of JKT48 fans. 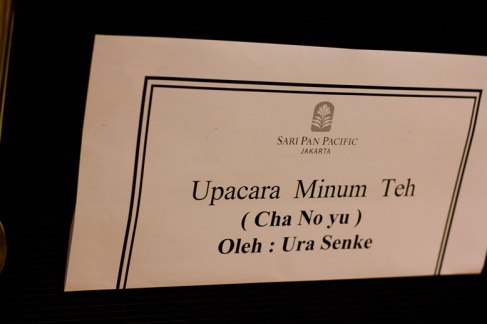 So me and some of my friends went to the traditional Japanese Tea ceremony performance to try the original Japanese green tea… or maybe we want to try only because some pretty neechan were serving the tea to the audiences. 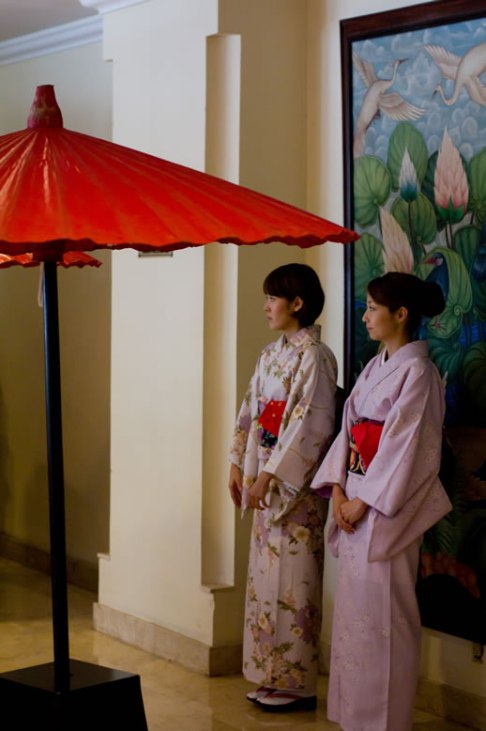 so while they explain about how to drink the tea, they served dorayaki to the audience 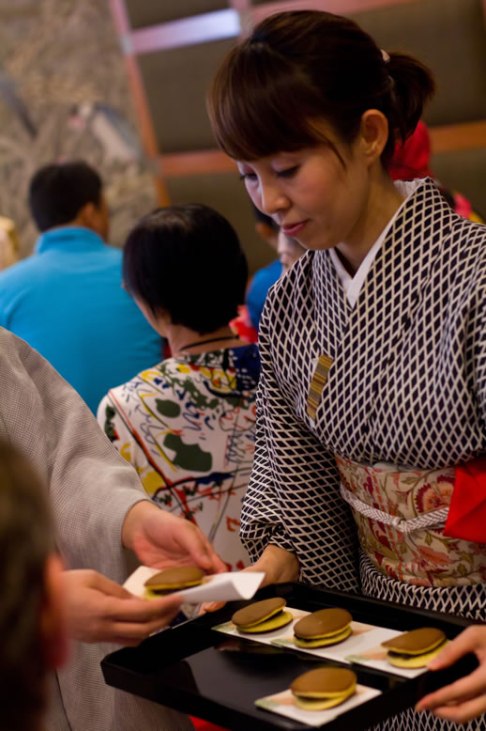 now I know how it feels to be Doraemon :)) 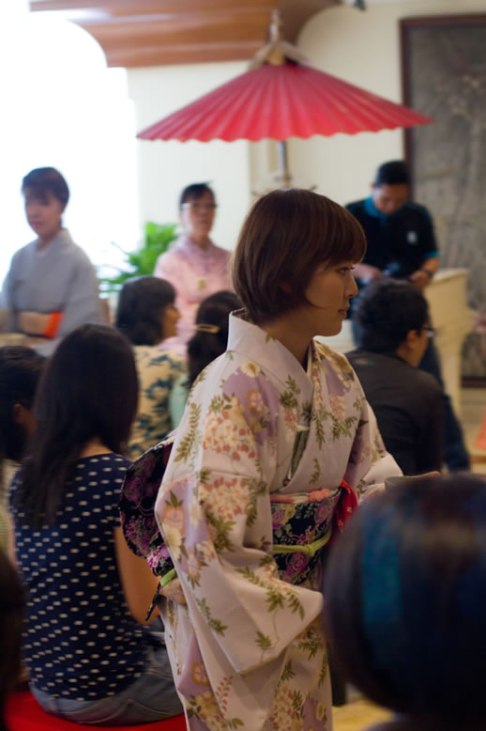 so that pretty neechan served me and my friends, the tea actually was pretty good, it didn’t taste too bitter, it didn’t feel “heavy” when you drink it. it feels light and refreshing.

moreover because it was made by: 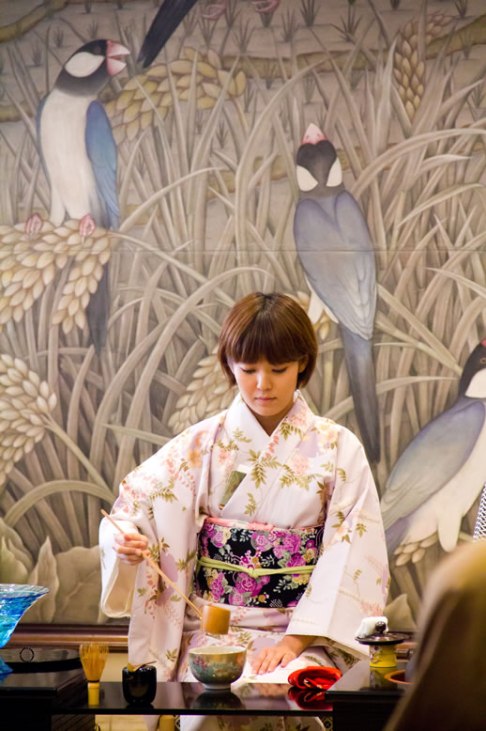 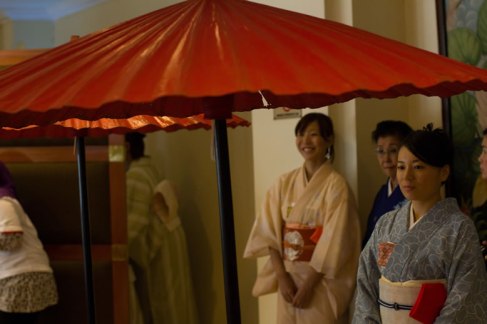 after that, we went inside to see the Sushi battle, which is a sushi making competition, and the fish was provided by the jury who was cutting a super ultra large TUNA… that was the first time i see people cutting up a fish that big. 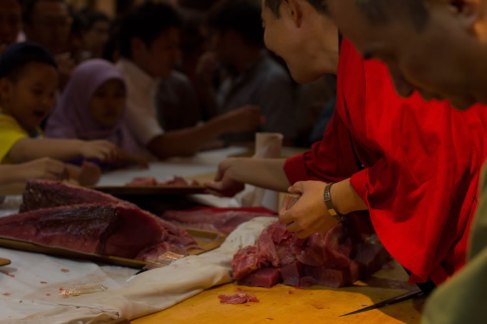 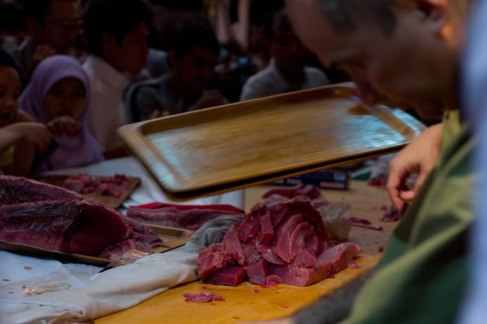 look at those meat chunks… 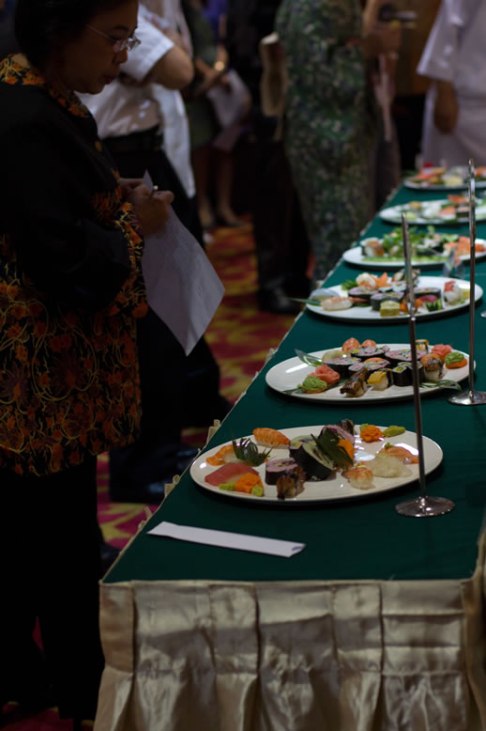 so the show continued and another beautiful neechan performed “hana wo saku” with her shamisen. And in this song CM video where many people sings parts of the song, AKB48 member, Nakayan (and another member who i missed to recognize) appears as one of the volunteer who sang the song. 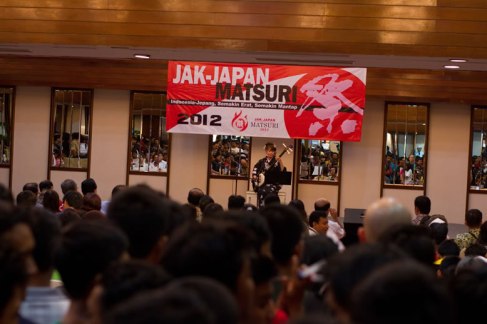 after that was the performance of JKT48. let me tell you, all the heads you see in the photo above were all JKT48 fans. well, mixed with some innocent Japanese who was obviously shocked to see what happened in front of their eyes, which i described as “some barbaric forever alone war cry” lol, kidding, it was the mix and chant that was so loud, so noisy and so out-of the place.

it was very disturbing that some of the Japanese standing next to me said that all of the fans were very “kimochi warui” or gross. lol, yes, and it was escalated quickly after they saw some people at the back do wotagei, in the middle of a ballroom of a famous hotel in Jakarta… shit dude 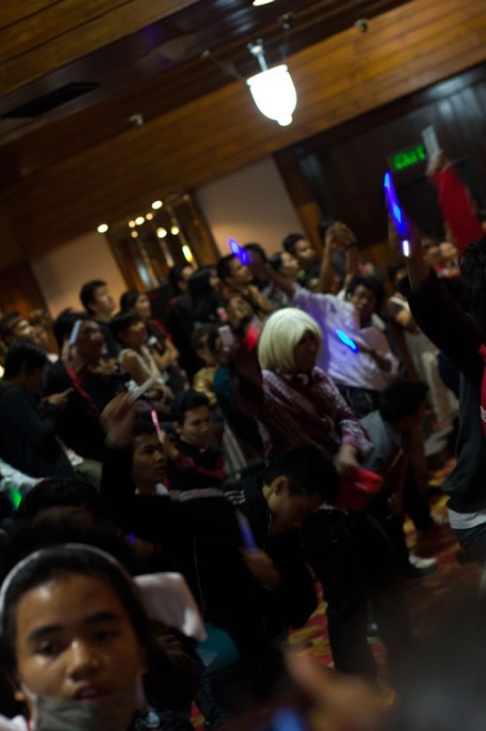 well, me and my cosplayer friend next to me in front of the TV monitor just acted as non-wota as possible :))

after the performance ended, i headed out and found that the sashimi was discounted at half price. 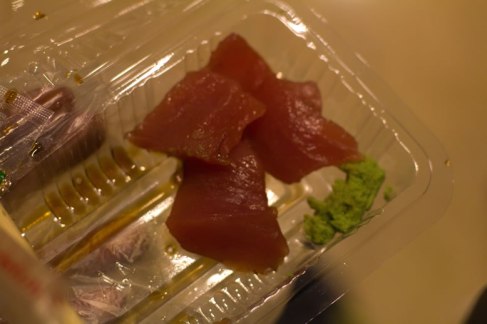 well, let’s see how the closing event at Monas next week will be,

bonus shot: some JK are checking in to the hotel. 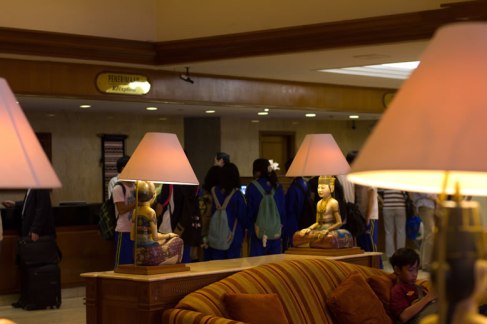 26 thoughts on “Jak-Japan Matsuri – The Opening”